It is nearly eleven years since I poured my first Tower Buster. I have made seven Don Croft Chembusters and about six thousand assorted orgone generators. Last summer (2012) I poured about four hundred pieces. Even though I do not write about my orgone adventures I am still having them.

The dodecahedron http://educate-yourself.org/zsl/OrgoniteDodecahedron28jul04.shtml is pulsing with energy and used regularly. This dodecahedron sound chamber is used for sound healing sessions www.sacred-soul-sounds.ca  as part of Tyhson Banighen Wellness Services www.tyhsonbanighen.ca

When I poured my first pieces May 2002 I was surrounded by sylphs and other elementals. It has always been an intense experience making the metal/resin mix…a full kundalini buzz. Just cutting the copper pipes by hand started chemtrails to dissipate. The Wilhelm Reich terminology used to describe the energies generated did not include living beings in the next dimension assisting in the transmutation of Deadly Orgone (DOR) to Healthy Orgone (HOR). I knew how to use the visual ray to punch holes in clouds and seeing the same effect with a chembuster I knew sylphs were helping orgone experimenters around the world.

There is a spiritual aspect nearly all the people pouring resin experienced. It is thrilling. Planting a Tower Buster or HHG near a cellphone tower is an earth grounding connection. The physical orgone generator is an interdimensional touchstone. Grounding Touchstones.

Wilhelm Reich in designing and making Orgone Accumulators in the 1940s was capturing blue orgone or aetheric material inside a physical structure. The blue orgone healed disease. The layers of metal conductors and organic insulators held ghostly substances, something which was supposed to be difficult to physically hold. Reich did the difficult deed. Karl Welz compacted the same principle into his metal filings/polyester resin mixes. Blue orgone flames were seen by those whose third eyes were open. Don Croft combined Wilhelm Reich’s cloudbuster with Karl Welz’ Orgonite (TM) making the first chembuster in 1998. There are now hundreds of thousands of chembusters worldwide.

Like hundreds of others I poured and “gifted” thousands of TBs and HHGs over thousands of miles. Most of my gifting is into lakes and streams to put life back into water and air.

An interesting aspect of orgone generators is the possibility of making thought activated touch pads and touch screens. As thought is of the same substance as orgone or chi and many have witnessed blue orgone increasing with conscious awareness directed towards orgone accumulators, then thought could activate micro-currents or photon emissions. With computerized circuitry, a specially wired or photo-optic sensor adaptation could turn on computers or lights by thought command alone.

To order orgone or chi generators go to http://energydetective.ca/products/dowsing-clearing-tools/ 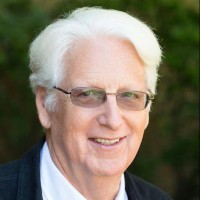